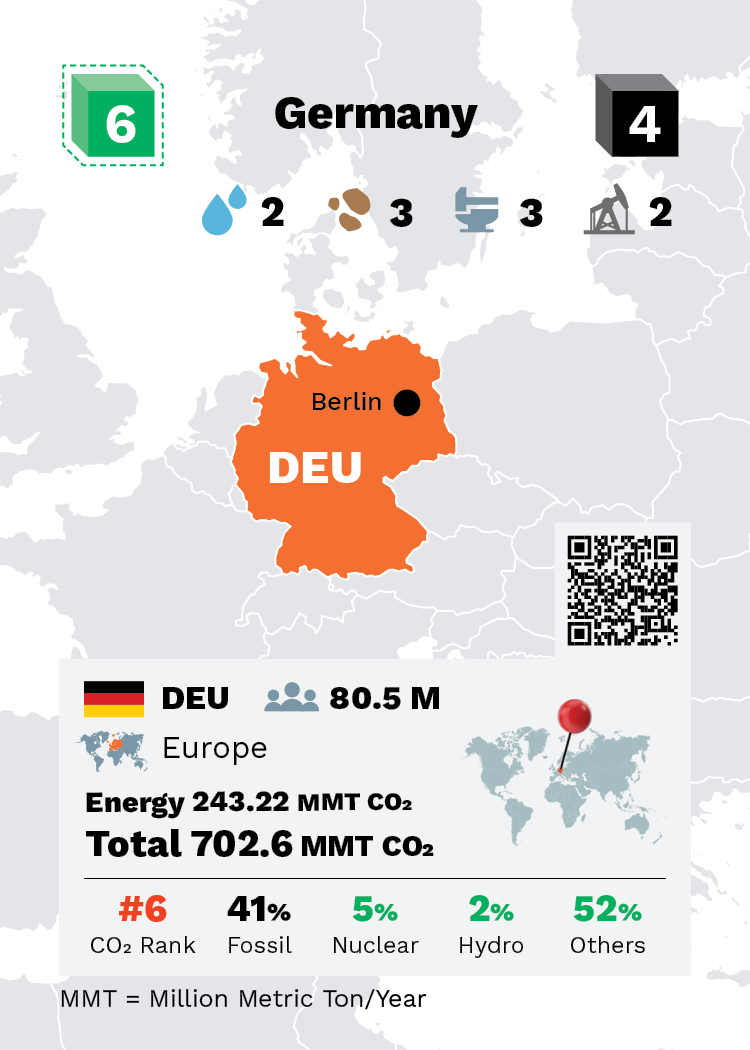 Germany until March 2011 obtained one-quarter of its electricity from nuclear energy, using 17 reactors. The figure is now about 10% from six reactors, while 35-40% of electricity comes from coal, the majority of that from lignite. A coalition government formed after the 1998 federal elections had the phasing out of nuclear energy as a feature of its policy. With a new government in 2009, the phase-out was canceled but then reintroduced in 2011, with eight reactors shut down immediately.

Germany had a hydropower installed capacity in 2016 of 11,258 MW, including 6,806 MW of pumped storage. In the same year, the country generated 21.5 TWh from hydroelectric plants, representing about 3% of the country’s total electricity generation.

Wind power in Germany is a growing industry. The installed capacity was 55.6 gigawatt (GW) at the end of 2017, with 5.2 GW from offshore installations. In 2019, a quarter of the country’s total electricity was generated using wind power, compared to an estimated 9.3% in 2010.

Solar power in Germany consists almost exclusively of photovoltaics (PV) and accounted for an estimated 8.2 percent of the country’s gross electricity generation in 2019.  About 1.5 million photovoltaic systems were installed around the country in 2014, ranging from small rooftop systems to medium commercial and large utility-scale solar parks. Germany’s largest solar farms are located in Meuro, Neuhardenberg, and Templin with capacities over 100 MW.